Introduction : Who, Where and When ?
Everyone can be a target, it should be assessed by the user why he could become a target, and how to prevent it at best. Even a not very wealthy woman can still be abducted by an erotomaniac, an ex-boyfriend/husband, a rapist, a sex-trafficker, etc… A rich person might be the target of robber, home-invader, interested in taking the target’s money from a safe deposit, asking a ransom, etc… Then, there’s also some jobs that will make you a target, especially when working in poorer parts of the world. Also, it should be taken in consideration that sometimes, the appearances might make you a target as if you live in a great, beautiful house but you’re not that rich for example. Also, you can drive a beautiful car leased by your employer and still be a simple employee. You can be abducted about everywhere, depending on the hostiles targeting you. Usually, ex-lover and known people tends to target you on your routine, including your home and the usual home-job travel. Opportunity abductors will usually target you outside a secure area (home, work) but professional abductors looking for your wealth will usually provide a good plan to catch you wherever you’ll be. If it’s the job that makes you a target, consider it your most dangerous area of being a target. First Part : Passive Defense & Prevention
Safe for maniac/obsessional people, most predators and robbers of all kind tend to like to have an easy target and an easy job. If the difficulty is superior to the reward, the hostiles won’t probably give it a try. So, the more of a difficult target you look (including home, car, job, your person) the better it will be for you to repel potential abductors. Also, the less intelligence you give to the public, the less options you’ll give to your potential enemies. The first area to protect is your home, it’s where you spend most of your life, including the times when you’re not “combat ready” like when you’re sleeping, taking a bath, etc… Secure doors and windows is a basic. Add alarm to both of them after having invested in good quality, hard to break through locks. Basic magnetic alarms work well for me, but don’t forget to change the batteries and to test them at least once a year. Good wall for your garden, or fence with barbwire, spikes, or whatever is hard to climb. You should also add lights with movement detector to your entry and garden. Security cam’ and fake ones are also a good add to protect your properties, and to fact check when having a bad feeling about a possible surveillance. If it can be done, add noisy window glass in case a hostile break it, it shall be heard from far away. Dogs if you can afford them are also very efficient for active and passive defense. Also, if you have a garage, keep it secure like all other access. Next, you shall secure your car, it’s far harder, as you can’t probably make it look like a Sherman Tank to repel the problems… Keep it locked at all times, and if possible, keep the windows closed. If possible, don’t take the same route every day, avoid routine if possible, it will help a lot. If you feel like you’re being followed, think some times about checking that you haven’t a GPS stuck to your car. Securing your work place is far more complicated, as you’ll have to make compromise with both your boss and co-workers, and sometimes customers also. Adding secured locks and lights to your workplace if you’re the boss is easy… Otherwise, try at least to avoid too much of a routine. About your personal appearance, you’ll have to look as “neutral” as possible… Avoid too much jewelry or other flashy stuff. You might also avoid to over-expose yourself in bad neighborhood for example, and for the girls, sexy clothes might become a problem when wanting to stay out of the eyes of sexual predators or sex-trafficker. I don’t mind what do you wear, but understand that becoming a potential target, by crossing appearance with area might imply to end the threat by shooting and stabbing your aggressors… If you can avoid to add risk to your life, it might be better…

Second Part : How to Spot Those Threats
Usually, abductors don’t catch you by pure opportunity (it can happen but still, there are small indicators), so, if you feel observed, watched, followed or whatever. Double check, change your routine, and so on. Usually, pure opportunity abductors are hunting in the area, and will often have some missed tries before you… So, if there were weird disappearance or kidnapping tries, you shall probably be more careful. When feeling observed at home, use your security cam to watch if you see anything suspect, not known neighbor also are a good indicator. For so, it’s better to have ties with the neighbor, talks to the people of your area, and know their cars ; it will help catch anyone unusual in the area. Another good indicator is if you catch someone checking your trashes, hacking your social web accounts, etc… If you see more wheel tracks than usual in your front yard, it might also mean more passage than usual and that shall be a little suspect. Also, calls to know “indirectly” who is at home (like trying to reach your husband) might be an other indicator that shit is coming… Remember, it’s far easier to abduct you when you’re alone. For the dog owner, and I sincerely wish you it will never happen to you, but a poisoned dog usually means that someone is already after you, and he took out actively your best bodyguard and alarm system by poisoning it. For the woman, all harassment types might end in an abduction if the hostile is crazy enough, and it can include family members. Mainly, trust your damn instincts, they’re there for a fucking damn reason so listen to them.

Third Part : How to Train/Prepare
A few stuff to take into account, counter-surveillance and basic security to building is a big base of work here, then, all personal protection training when SHTF will help you a lot, then you can add SERE skills (for civilian, you ain’t gonna do a black ops job in Colombia, so adapt to YOUR life). For the martial arts part, choose what fits you, but damn, include modern weaponry, ideally, improvised weaponry too. Then, add combat shooting with weapons that you can use in reality (if you’ve a concealed carry permit, train a lot in handgun and carriable blades for example). Also, even if gears don’t beat usually skills, having some tools might help a lot ; like options to carry undetectable weapons (ceramic blades), passkey for handcuffs, wire saw in cord to cut some restraints, and so on. I highly suggest to buy a bit at a time, don’t ruin yourself please. Invest between twenty and fifty bucks a month to get a great gear-up. Invest about the double of that amount in training and you’re not going to expense too much in those survival skills. If you read that article, you’re already paying some fees in a martial arts school or equivalent. You just have to add to it some SERE skills for urban or rural environment, including lock picking, urban camouflage, etc. 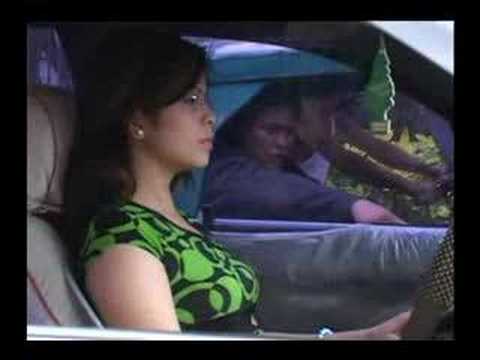 Fourth Part : Tips to Escape/Survive
Firstly, if, without compromising your physical integrity (and for some operatives, moral integrity), you can pay/give what the abductor wants, do it. Try to create a human link between you and him/them to avoid more prejudice if possible. Observe everything you can, it will help you to know when doing something (like their routine taking a few guards of your watch), where you are (if you can hear some noises, or gather other intelligence about where you are like a fast food delivery system), you can also find some useful tools for the close future, like something to build a lock pick, an improvised weapon, etc… If your life is in danger, you’ve been abducted, and so on… Lethal force is a viable option, and hell, whatever happens is far less worse than staying in a cave, being tortured, raped, or something like it… Then, when in the streets, it will depends on the neighborhood mainly, are they hostile to you or not is a good example. Then, if they’re hostile, go as low profile as you can, act like a homeless citizen till into a safe area… If it’s the opposite, screaming is probably the best damn option you have to gain enough attention from civilians, and maybe LEO.