For the longest time I’ve been disenfranchised with the martial arts, self-defense and personal preservation communities. There’s a lot of b.s. floating around claiming itself to be “what works” as opposed to the rest, that never does when matched up with what you’re doing.

Immense martial tribalism with style, system, lineage, methodology, etc. where the followers of that one authentic way to personal counter-violence glory knows all the answers and the followers are so blessed to be part of that of which is the only one right in the business.

Lately I’ve been having some rather huge, at least to me, epiphanies about the entire industry. I’m going to tell you about 5. After seeing and hearing daily the plethora of unique and different response to various levels of escalating force, I’ve come to these conclusions, respectfully, and to those of you who follow our page, some of this will be familiar:

There is simply not one effective way of doing something. Many very experienced people have managed to get this far doing things unique to them that may not work at all for others but have proven to be highly-successful. (Or they wouldn’t be here to have discussion) Who’s really to say what always works when there are a million-and-one scenarios we can come up and that are changed on a dime or with the slightest alteration. Sure, some things are staunchly questionable, some downright garbage, but what I’ve grown to appreciate the most is the diversity of successful counter-violence approaches that we’ve seen. We often talk about success not being style/lineage/system-specific but based on the individual, but SURVIVAL really is, on many levels, just as person-specific and on the individual. If you’re not researching, seeing flaw, assessing, evaluating and constantly improving, no style in the world is going to save you when push comes to shove.

I had a friend in the industry ask  “You are on Fantasy Island. An average person with no self defense skills comes up to you and says that a big and mean 200 pound muscular man is going to beat him up in 15 minutes and there is no way he can get out of it. He must fight for his life. What advice would you give him? What would you teach him?”

My response: ” I would say there’s zero point in teaching him anything physical for fear of the exact thing we were just talking about…overriding innate survival mechanisms and countering what he may do instinctively to survive, including grovelling (empathy/pity play?), freezing (see grovelling), running/escape, hiding (size of island? ability to run/hide indefinitely?), attempting to appeal to the other man’s empathy and potential solitude, etc. Breathing would be one to help act as a trigger to better access the above-mentioned and hardwired survival skillsets…coupled with mental/psychological reinforcement/visualization (flicking/flipping the switch)”

The parameters of the question are flawed in the first place. If he had no way of getting out of it, he wouldn’t be talking to me at this very moment, alone.

Continuing on the survival trajectory, there are internal inhibitors that can counteract the innate survival skill reactions we (not regular untrained citizens, “we” being ALL of us…every bloody one) possess, which also are never addressed or acknowledged in a standard martial arts class. They’re thought of as unimportant or a sidenote when, in fact, they are elements that can, at minimal, stunt, and maximum, cancel anything trained.  Morals/value of human life (nurture-nature), lack of experiential/3D training as close as possible to reality, self-maintenance including heartrate/breathing management/emotional containment, specific context neglect, lack of visualization/mission clarity/internal justification for use-of-force, poor self-talk…among others. And while I know I’m going to take a lot of industry shit for this, martial arts itself and religion are two huge inhibitors of evolutionary survival response. These inhibitors can override entirely any survival mechanisms we have in-place and when there’s an incongruence in the system, that causes hesitation or system shut-down. Congruence, putting all these elements together in-unison, creates clarity of mission.

On top of that, those in traditional martial arts have often cultivated confusion on that mission clarity by instilling the need for various falliable notions like heroism, chivalry, doing the “right” thing and good samaritanism…many of which can often put one in the very situations one is innately trying his/her best to avoid and putting one’s loved ones in that situation along with him/her.  If your mission is to get home to your loved ones at the end of the day, do these nouns always coincide with the goal? I’m not talking about going through life not helping people when able, or being a decent human being or having strong values. What I am talking about is being very cautious and overtly aware of what situations you choose to participate in that could negatively affect the outcome of your underlying goal. Do you have all the necessary information? Is there something you’re missing? Will both parties turn on you? Are you clear on whom the real threat is? Are there legal consequences of involvement? If I’m with my family, these are of utmost importance and they (my family) are first, period. No situation is worth putting them in legal, physical, financial or psychological danger.

What is your mission statement? Once defined, reverse-engineer EVERYTHING based on that and with that one goal in mind. Adhere to it without deviation.

An offshoot from this issue is the difference between skill acquisition vs. skill learning. They are often 2 utterly different methods of skillset development.  One through absorption, experiential learning and 3-dimensional training in tangible and relevant environments. One through on ongoing process of breaking down the mechanics of the act and fitting all the pieces together. Both avenues CAN work, though one often doesn’t. The myth resides in the fact that most traditionalists believe only “b” works and that is highly-debatable. Take, for example, boxing and wrestling, regardless of their sport context. The majority of time, after learning a multi-dimensional approach of basic skill delivery, acquisition in the ring and through sparring is developed…under duress. In many TMA, the reverse is true, multi-layered and often complex skillsets (with sometimes questionable explanations for their pertinence) are developed in a skill learning environment. 3D or experiential training (as close to approximated reality, asap, with minimal periphery/unimportant skillsets) leaves much for the student to figure out using those base sets (with guidance from someone experienced) under pressure. (Which also serves to stack those skillsets in their proper context and create active problem-solving within the student)

As if far too often seen, ego rules, style/system dictate, protocol abounds and far too few accept that they are simply not good at everything, some things they teach may be deeply flawed and not everything everybody else does is shit. With the negative conditioning going on in martial arts, I often wonder if we are actually “un-conditioning” innate hardwired survival skill in people and replacing it with a very subjective, isolated and complex system of responses that overrule the actual things human physiology and evolution gave them to survive. We’re often, in actuality, and I mean even exceptional instructors (not just the fly-by-nighters or wingnuts we see on Youtube daily), de-programming them to respond in ways that are completely counter-intuitive to ways that would innately wire them for success. Anti-evolution. Complex methodologies, techniques that take years to work and little based on the already neurologically-, psychologically-, physiologically- and emotionally-proven way the mind and body work. The whole thing is utterly counter-intuitive to me at times and growing increasingly so. Yet we argue, dissect, chastise, berate and call out others who don’t have like mind of something where like mind may also be wrong. (hive mind, a social media disease) We are most often “un-conditioning” the body’s natural response mechanisms with things that are foreign and unnatural, which is exactly why so many martial artists fail when it comes to reality. There’s a disconnect that the vast majority aren’t even aware of. (I call it “gap consciousness”) 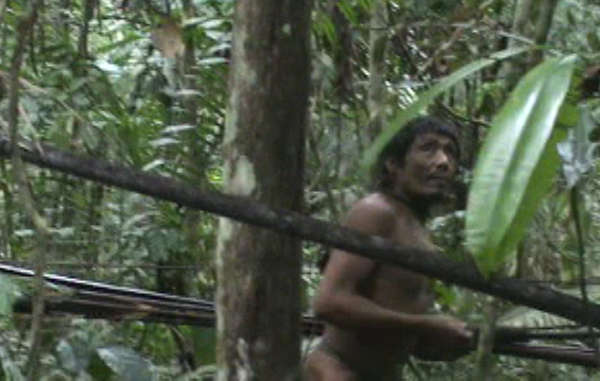 Instead of finding purpose in putting out good accurate information, knowledge that’s backed by science and truth, countering the frauds in the world and getting “our” (if we are even a we at all) message out to the demographics that need it the most, I am starting to wonder, with all the politics, ego and false truth in the martial arts, if we aren’t better off just leaving people alone. Stop marketing fear, stop telling them what they need, stop offering what they don’t. We forget that, for every brutal attack or violent murder, many survive violent attacks daily, I would go so far as to say most (the absolute majority) didn’t survive on martial training. (If you’re going to go the learned avoidance and situational awareness route, do you think that could be taught without all the fluff? Let it fester for a while before answering..) And it certainly doesn’t look like what most martial arts do when they do survive. Some may lay claim to martial training or pay it lip service but I assure you the vast majority don’t look like they did in the dojo and, if it’s solely the self-confidence they gained from the training, what’s the real difference between this and body language/proxemics courses, self-confidence/public speaking courses, a good sales course, some NLP or psychology seminars? Why aren’t more of us studying anatomy, psychology, physiology, anthropology, sociology, communication, proxemics, body language? We pay lip service to the fact that some past popular guy said “a fight is 90% mental, 10% physical” but we go on teaching purely the physical without being called on our own bullshit. Perceived boredom or not, there should be a huge healthy does of “classroom time” to discuss these imperative issues. I refuse to even take in students any longer who only want the physical. There are martial arts academies on every corner to get de-programmed.

Yet, in spite of all this in an inevitably and predominantly misleading and cliqueish industry, somehow people survive and will continue to do so without us….and I assure you, it’s more due to evolution than a grand master. All the while martial arts and self-defense classes go on and we bicker about semantics, foot placement, style superiority, functionality, what works and what doesn’t theoretically and hypothetically (it’s person-specific, event-specific and a variety of things can work – “success is survival”), preparing for every possible scenario imaginable, normal everyday civilians go on surviving violent attacks without us and in spite of us. Even the demographics we claim need us the most yet get neglected (many women, adolescents, the infirm, disabled, handicapped, aged) go on managing quietly….surviving. (And fewer and fewer will ever find themselves inside a dojo) Rapes, assaults, murder attempts, muggings, kidnappings. (By the way, few of these actualities are addressed in any martial arts class) We have a self-importance that borders on delusional as to what the public needs vs. what we believe they need. (Don’t tell anyone but it’s most often not us or what we’re peddling) I am really starting to believe, outside of those that actively seek us out (those of us who’ve had to use real violence before), maybe it is just truly best to leave people the fuck alone.

P.S. A paradigm shift IS needed but it’s not the one you think.