2. I am not stuck in the past. I don’t live my life as a reincarnation of a 500-year old Buddhist monk so when I see a North American pretending he/she is from Eastern Asia it turns me off very quickly These are often the same people who criticize Asian people for wanting to be more Western. Pot calling kettle black.

3.  I don’t chant mantras from books from generations back like Confucious. If they can help me in my current state be a better husband, father, son and friend..then fantastic…but I am not Musashi nor do I idolize or pray at the altar of Bruce Lee, though I accept they both had great contributions to this industry.

4. I am tired of those who tell me that, because I’m pragmatic, functional and modern with my approach to violence, personal preservation, safety, self-defence and combatives that I have less of a philosophy than traditionalists. In fact, from many I’ve met I have a much stronger one. Many I’ve met have no idea when they should and shouldn’t use countervailing force. What constitutes a “self-defence” scenario and what doesn’t. What verbal diffusion is. (If you don’t practice it you WILL NOT use it, contrary to what you tell me) How to be situationally aware because it’s unnecessary due to all the mystical lineage-giving powers you possess. What your superpowered chi can do to other human beings who oppose you. (HINT. It’s not throwing someone across the room with a no-touch knockout.) What adrenaline does to you and the cost using violence forces one to pay.

5. I am tired of those who hide behind a belt and believe that it means they can rest on their laurels just because it’s colored. Authenticity, blood, sweat and tears are worth the effort but many believe they’re color of belt is the equivalent of their level of being able to defend themselves and I’m afraid the correlation isn’t that direct.

6.Though you believe you’ve been “training for 40 years and know the system like the back of your hand”, if you’ve stopped training for 15 and aren’t teaching you are NO LONGER training. You’ve stopped, thus the “time put in” factor is not quite the same as the rest of us who continue rain or shine.

7. I don’t believe you can give people life skills from a book. Combat is chaotic. Situation awareness is organic and subjective. Violence is sudden. Human physiology is complex. Books give knowledge but some things need to be experienced. 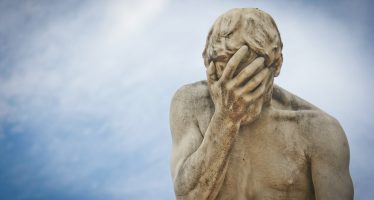 9. I grow weary of traditionalists who act like they’re superior because they put their left pinky finger at a 37.8 degree angle in their vaunted cat stance (which should be taught as a stance with a 73-27 weight distribution, by the way). Secret techniques that can subtly screw the reality-based and MMA community that nobody has to prove because of the lethality involved. Superiority without proof, other than that my master’s master’s master told him it’d work…therefore….it works. Tradition has it’s place and it’s important to know where we’ve come from but don’t hide behind it. What happened in 1300 feudal Japan is not necessary applicable to June 14, 2014.

10. You are also wrong when you tell me there is no such thing as reality-based self-defence or combatives or combat martial arts as they’re all reality-based and combative. I’m sorry but they may all have been at one point but they are no longer all. Kicks to the head on ice or in the rain, rolling around on the ground waiting 10 minutes for that submission to open, punching with your hands on your hips, training barefoot, one-punch-one-kill…in most circumstances not applicable for the modern streets with the modern criminal with modern tactics.

11. I also grow weary of those who claim that we (you and I) should freely exchange techniques and I should openly share with you what I know at no fee because a) that’s the way the old masters would’ve done it (I’m sure my family would think differently of my working for free) and b) you’ve taken two seminar certification courses in the same art so you’re a qualified instructor. Please.