Sounds poetically beautiful, no? Like a spring rain? But all have a very functional use with regards to anticipating violence before it arrives. Since these are relatively simple and take a very short period to hardwire into the system, I’ll (try and) make this entry brief.

SILHOUETTES: When it’s dark, have you ever had trouble in the middle of the night making out images, for obvious reasons? Especially when the lights first go off, if you look right at the object/person it’s almost impossible to see anything. A trick I use is to “tune out” my vision and look at the whole  broad picture instead of trying hard to focus on the one image. Just by looking a couple of feet to the left or right, the image in the center comes more clearly into focus. Not clear, mind you, but clear enough that you can make it out and perceive enough about space/distance between, limbs and potential targets…if needed. It’s a neat drill to do and enhances one’s sensory perception.

In ancient Japan, apparently it was often taught that, when fighting an opponent in the dark, you should always lower your body so as to see the silhouette of the opponent against the night sky or moon. This is another example of changing your perception to give yourself a chance at staying safe in difficult circumstances and not being caught off-guard. 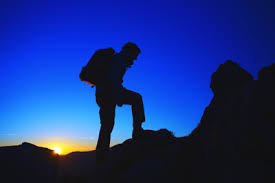 REFLECTIONS: When in public places especially, I often take a glance at passing storefront windows, mirrors in restrooms, security mirrors in convenience stores and reflections of people in objects such as hand-dryers, sunglasses, television sets and my cellphone just as a quick drill to enhance my sitatutional awareness. To be aware of my surroundings and the people within it. To see if anyone is potentially singling me out. Once again, it’s never within the context of active paranoia; it’s just a precaution and takes literally a second or two before moving on.

Often in sudden violent situations, attacks or kidnappings the people may have had a better chance to prepare for something potentially coming around the corner if they had paid a little attention to those around them. Who’s watching you? Who’s following you? Has that car been on your tail for many blocks now and even turns when I turn (rearview and side mirrors/reflections)? Is it something to be concerned with? Or is it just coincidence? More often than not it is indeed coincidence but I find it’s good practice for me to get into. Making yourself a hard target. Projecting awareness. Creating a non-victim mentality. 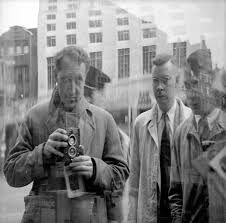 THE SUN: Sun Tzu, in his treatise “The Art of War”, stated that an army should always face the sun when higher up or on higher ground than the opponent. By doing this they’re in the light, thus preventing them from falling prey to a surprise attack and putting them in a position of advantage, both through this strategy and having the advantage of greater position. Great tactics! While this is true in various terrains (brush, forest, mountains) for greater tactical position and the prevention of an ambush attack from hidden foe during times of war, it’s not always applicable for modern individual self-defence.

When approached by a stranger, while it’s sometimes difficult to acknowledge or think of sporadically, I, for one, like to have the sun at my back. It’s bright, distracting and hard on the eyes and I’d far sooner have it in a potential attacker’s face than my own. It gives off glare and causes one to squint when they’re looking at a potential attack point or vulnerability. It’s a small but sometimes brilliant (intentional witty sun reference) tactic that may only give a couple of seconds respite or reaction time, as we say: sometimes a couple of seconds are all that’s needed to make the difference, even if that difference is escaping or calling out for help.

Just some areas to think about that have nothing yet everything to do with modern self-defence. Another tact to improve your non-violent conflict resolution and situational awareness. Remember, fighting isn’t a daily regular occurance. Staying safe is.