How often do we hear one of these spouted in self-defense classes?

“There are monsters among us.” “Evil is a real thing and innately-evil people exist.” “”He who fights with monsters should be careful lest he thereby become a monster.” “How can someone do that? It’s subhuman.”  (demonizing)

“They” (the criminals, gang members, bad guys, etc.) are simply different from us. They grew up differently. On the wrong side of the tracks. A different class. Different demographic. Different color. Different nationality. Look different. (trashy, low-class) Act different. (uncouthe, uneducated, lacking manners, swearing) They were born bad. (nature, poor nurture) They had a bad childhood….abuse, violence, crime.  Since they’re different, clearly they’re the enemy. (dehumanizing)

“They” are exactly the same as we are….human. If they’re human, they can bleed, feel pain, be hurt, shut down bio-mechanically, die. (familiarizing)

Demonizing and dehumanizing are a form of separation, or creating emotional distance between you and another individual or group. If we’re talking purely about the physical, demonizing runs the risk of making your threat seem impenetrable, unbeatable, and something more than what a human is capable of overcoming. It can also, potentially, motivate one to resist and counter that much harder, knowing the threat is of immense challenge.

Dehumanizing runs the risk of you under-estimating your threat, seeing them as a lower form of life than you, lesser of a worthy being, not having your particular blessings…not a match. It can create a disconnect and faulty-perception on the type of threat and your method(s) of managing it. Physically, it can create emotional disconnect and distance from a survival-threat, allowing one to access faculties of aggression and damage one might not otherwise have accessibility to.

Familiarizing, in opposition of dehumanizing, can give one the impression that you and the threat are the same, when nature/nurture, experience(s), environment, religion, social-engineering, state, mental outlook, and exposure to a thing can drastically alter perception, capability, and achievability. However, as mentioned above, in a physical scenario, it allows one to see that the threat can bleed, hurt, fail, or lose.

All have their benefits…and their drawbacks and, as always, depend greatly on context. However, as with most industry catchphrases, few people actually delve into what they actually mean, how they fit in modern society, and what their limitations are. Violence and conflict dynamics are complex, scenarios/circumstances are dramatically-different, with scaling threats needing to be handled in greatly altered manners for best result. How does low- or mid-level physicality, general conflict, or low-level scenarios alter this? What if the idea is regarding coping mechanisms towards violence, the aftermath or processing of incidents not pertaining directly to us?

Generally, an ongoing study of human behavior, case studies on like types of threat, an ongoing-assessment on context, and case-by-case assessment with as little bias as is possible…are always most prudent and beneficial and offers the best pre-conflict method of accessing situations of their own volition. Couple this study with a grounded, rational, common-sense approach on your own current realistic circumstances while trying to keep your own emotions under-control. (Paying more attention to self and how you deal with stress, tension, anxiety, and fear is more effective than perpetually concerning oneself about the power and danger of others – it goes to our own sanity, capability, and peace)

That doesn’t change the fact that the ideas above can be helpful in our own mindset development to best suit our situation. It also depends greatly on the type and seriousness of threat. Often, on low-level conflict, familiarization has a far greater chance on resolving the issue non-violently and peacefully.

a) Demonization is most often something done from safe emotional distance when something awful happens away from us and we superimpose our own circumstances on top of the misfortune of others. (brutal murders, awful violent crimes, offences sexual in nature to vulnerable victims) It helps remind us of our own humanity and morality and keep distance from our own internal demons.

b) Dehumanization is usually prevalent regarding war/grand-scale conflict/large-scale demographics, but can certainly be seen in regular society as well. To separate and divide based on race, sex, nationality, age. It often runs the risk of worsening situations through elitism, entitlement, and disconnect socially. It, whether “wrong” or “right”, gives the one using it uniqueness, superiority, and comfort in our own personal situation(s).

c) Familiarity is used  when we want to relate to a person or persons. To walk a mile in their shoes, understand their plight, and relate to their circumstances. It gives us empathy and connection, often putting us direct touch with our own humanity. Demonization and dehumanization serve little purpose on the lower-end of things…and let’s be frank, that is the majority of situations most average people will find themselves in over the course of a lifetime. They’re not soldiers or violence professionals. 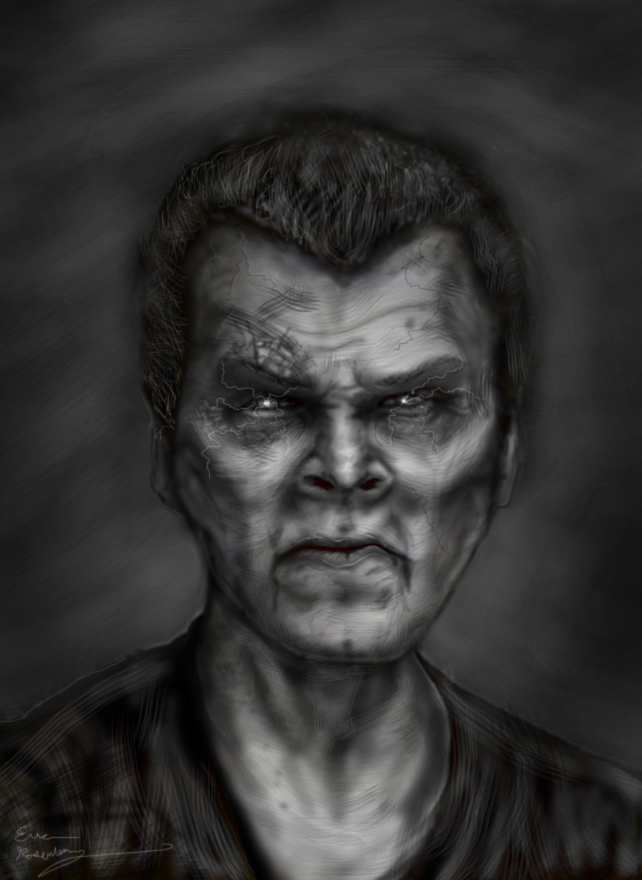 For inevitable violence or high-risk threat, however, all 3 can be very beneficial given specific circumstances. Remember, belief is the most powerful of all tools, so if utilizing one of the 3 methods helps facilitate a powerful mentality for dealing with a powerful threat….it can be a great tool to shift perceptions and build resolve. Translation? As long as the adopted perception falls in-line with the reality of the threat, works within the sphere of your arena’s law, and puts perspective to a psychologically-beneficial way towards solving the problem….it’s worth exploration. These perspectives alone, though, are far less valuable than a grounded assessment of each situation of its own volition and a self-study of triggers, inhibitors, states, and mind-frames. Remember, not nearly all situations are grave-enough to justify the emotional disconnect that 2 of these imply, and the 3rd isn’t always achievable or even desirable.  The goal, as with most industry catchphrases and metaphors, is to stop just taking any of the 3 at face-value and creating an all-encompassing persona or method around one in-particular, context-free. Evaluate exactly what they infer given your particular scenario and turn that valuable attention inward. The demons, emotional connectedness, and familiarization might be better addressed internally long-before they are externally.