We all feel it. We all experience it under moments of great duress and confrontation. Military. Law enforcement. Experienced martial artists. Security. Bar fighters. Prize fighters. To a man..or woman. It is inherent and those who will tell you they do not nor never have are one of two things: with mental/social disorder or lying. While some have ways of containing or managing it, we ALL feel it. And know what? It’s normal. Stop feeling incomplete or insufficient and embrace the fact that it’s evolved from thousands of years of evolution and there’s nothing that can be done to completely avoid it.

While we have introduced various concepts on how to cope with it and add it as an element of your training, this is more an article to deal with our invulnerability as martial artists. (and therefore, as people). The belief, both in the community and, in some cases, in some in their own minds, that we are invulnerable or untouchable still abounds in modern society. People poke, take shots or test, trying to prove that we are human when all they need to do with the grounded of us…is ask! Do we get hit? Yes. Can we dodge or avoid all strikes? No. Do we prepare to sometimes “win ugly” in a way different than Hollywood will have you believe? Absolutely. Are we always prepared for every potential scenario possible to be faced? No, I’m afraid it’s damn-near impossible..although we try and, therefore, cover as many bases as we can. Do we feel fear like the rest of humanity? See paragraph one for reference point. 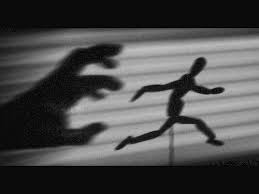 We train for flaw. We train for perceived physiological drawbacks of the human involuntary system. We train to limit damage. This is the reality of reality. Many martial arts instructors won’t train with their students, barking orders from the sidelines and continuously putting themselves in situations that adheres to the strengths of their abilities to give themselves an air of invincibility in front of their students. (a form of hypnotism) They preach mysticism and quote truths from 500 years ago (which, by the way, are often not relevant to modern day laws, attackers, terrains or garb)

Instead of showing students my “perfection” and immediately making them feel they could never achieve a level that’s unattainable, I find it both humbling and honest to show them (usually involuntarily) flaw at times. I train with my students. I test myself alongside my students. I show them the techniques against resistance. It, counterintuitively to what many believe, does not show them my weakness but instead gives them a confidence that to err is human and that, if I am not perfect maybe they don’t have to be either. Achievability. It gives them strength. And, more often than not, they respect me more for the fact that, more times than not, I can pull these things off with resistance yet achieve it without perfection. And, more importantly, that because of its relatively simplicity it could be accomplished by them as well.

Many times new students are so hard on themselves when they make mistakes, don’t do the drill or “sequence” as fluently as their instructor or get cut/hit/kicked. Real dynamic scenarios with interactive resistance allow the student (yes, of course going slower with limited resistance in the beginning for learning is appropriate and required!) to feel a greater confidence and understanding of how things are supposed to work and greater belief in their own ability. I once had a student who was a brown belt in another style and we were doing a grappling drill with resistance. It was his first time doing anything with resistance, even though he had been training for years. He admitted to me, honestly and self-deprecatingly, that he was a little concerned and nervous. I assuaged his fears and told him he would do fine. (And I knew this to be true) After the drill was complete, he approached me with a look on his face of sheer enjoyment and self-accomplishment. Though I’m paraphrasing, his response was something along the lines of “fantastic, exhilarating, never done that before!” Remember, every breakthrough shatters self-imposed myths and barriers of fear, breaks new ground. We did breathing exercises, scenario-training, close-quarter tactics (a range beginner students often innately have great fear of) His tools were in the toolbox but he just hadn’t taken them out for a testdrive yet to pressure-test them. (As a sidenote, this student-who had taken only 5 or so classes at this point-was attacked by a patient at the mental hospital where he worked and disarmed the staff-wielding chap-an accomplishment I am still to this day very proud of him for)

I feel fear as well. I have been in situations in which I have been afraid. (both in the self-defence world and in my day-to-day and in which I have both thrived and let fear get the best of me, remember-to err is human and we are most certainly not machines. Even the Terminator himself has come on hard humbling human times lately) Initially, I was distraught after these occurrances but, upon further thought, I realized that although I was determined that it would never happen again that way, that at times we are vulnerable and adrenaline is a protective mechanism the body uses to temporarily make us more impervious to pain, stronger, faster. We learn to accept it, embrace the attributes it provides us and limit it’s negative impact (freezing, inability to act, tunnel vision, trembling, decision-making, etc.) using tools to bring our heartbeat down, calm our nerves and clear our mind. The internal resistance was provided by the myth that it should’ve worked out like it did in the club.

My firm belief is, those that don’t have stories to tell you of their own personal fear (or at least confirming their existence if too proud to admit openly) are not telling the truth. And I have never trusted people without flaws or weaknesses. The forever smiling and surface-euphoric. Everyone has them (flaws). Whether or not they choose to admit it is a flaw unto itself…pride. I prefer to be honest, open and able to relate to my students. Not try and uphold shrouded mysticisms of generations-old chains of unreachable perfection. It IS possible to be grounded, approachable and questioned while still maintaining the ethics and standards of a conceptual system. (And, remember, that’s all any system really is once stripped away to its bare bones) Honesty cultivates self-expression. The ability to develop self-expression creates trust. Trust breeds unlimited potential for learning, which often opens the door to a greater willingness to overcome fears. Didn’t that get wrapped up nicely.