The “Dual Process Theory” of human thought has been around for some time, in varied incarnations, how generally decision-making is done by 2 different processes. The most recent that has gained momentum is from Daniel Kahneman, who in 2003, came out with the terminology of “system 1” for what’s inevitably intuition, and “system 2”, regarding reasoning.

Now, these 2 systems sometimes overlap, let’s take driving as an example. As we learn to drive, a lot is going on upstairs – focus on what others are doing on the road, our pressure on the pedals, reeling in the environment around us, worrying about directions, etc. A lot to take in. This would qualify as system 2, as we’re perpetually having to make conscious decisions based on analysis of best possible outcome. As we become more experienced, a lot of these processes become automatic based on time, like-scenarios, prior familiarity –  system 1, intuitive. There are also times where these processes come into contact with one another. In events where our safety or protection is at stake, system 2 may take too long to come up with precise solution to the problem, so we default to system 1 – intuition takes over and, based on prior experiences, comes up with the best possible solution to the immediate problem, “overruling” system 2, which is taking too long to give finality with something that needs immediacy. 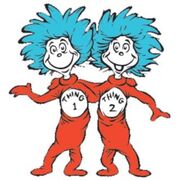 While, apparently, there are still some flaws in the theory (I’m not a neuro-scientist nor do I claim to be), it’s an interesting and relevant theory pertaining to self-defense and personal preservation.  Even if some parts of the theory are unsound or the theory itself is proven lacking over time, there’s still a lot of validity here when explaining threat analysis and recognition to students or civilians.  There are 2 points I’d like to gloss over here:

2.   Maybe entirely hypothetical (maybe not) but what if (just what if) this is related to actual violent conflict as well? It would explain a lot of things we see regularly with real violence, social media, Youtube videos, case studies, first-hand reports, etc….even with trained people. Under heavy duress, most people revert back to primal means of survival – innate survival skill/instinctive fighting/naturally-occurring technique, – those things which system 1 gravitates to to overrule system 2 (trained response), which often takes conscious thought or “upload time” when/if it goes against what’s survival-driven evolutionarily. If System 2, or trained responses that aren’t in line with evolution, take too long, are too complex, or don’t go along with what’s hardwired – system 1 or intuitive response to something that threatens our safety or survival, kicks in, overwriting poor or unnatural training, no matter how conditioned or for how long. If it’s in-line, it can enhance and supplement our natural innate survival response mechanisms. 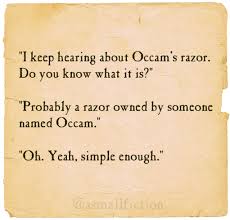 Something to think about. If oftentimes, the simplest explanation is usually the correct one, or at minimum the one that helps us understand and go about our day with the most calm and confidence, then maybe this has more than a little validity. And now, to wait on the theory’s durability…

One thought on “SYSTEMS 1 & 2: RELATIVE TO SURVIVAL SKILL RESPONSE”